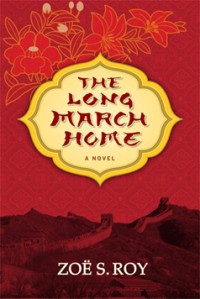 Calls Across the Pacific by Zoë S. Roy

URL
CALLS ACROSS THE PACIFIC 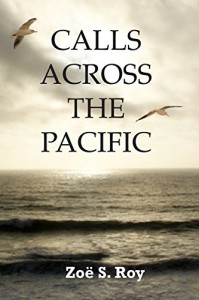 The novel is sold at the Small Press Distributor. 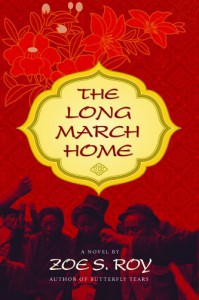 Zoë S. Roy is most recently the author of The Long March Home (Inanna Publications). Her novel tells the story of three generations of women dealing with family tragedy, discrimination and political revolution.

In her responses to our Dirty Dozen interview, which asks authors to share 12 unexpected facts about themselves, Zoë tells Open Book about life in the time of Mao, reading banned books, and the music that gets her creative juices flowing.

1. As a writer, I was born at the right time in the right place—under Mao’s regime so that I would experience that dark period in human history and be haunted by many heartache stories. I’m also lucky to live in Canada where I enjoy the freedom of writing about what I desire.

2. In my first grade Chinese class, I wrote down “I love Mamma,” but my teacher corrected my sentence by replacing the word “Mamma” with “Chairman Mao.”

3. As a teenager growing up during the Cultural Revolution, I was fortunately still able to read tons of banned literary works from different countries in secret. Here’s an episode: my childhood friend’s dad was denounced as a bourgeois reactionary since he was one of the authorities on Western literature. All three members of her family were forced to move to a one-bedroom place. Under the beds her dad hid books that survived the burning. After several decades, I can still picture that scene: a book or two covered under my baggy outfit. I used to walk to my friend’s home each Sunday. As soon as her parents left, she would stand outside, with the door closed, making sure nobody was around while I crawled under the bed, returning the book I’d borrowed and choosing another one to read.

4. Reading novels was my refuge for so many years. While reading, not only did I learn about human life in different places and times, but also I felt I spiritually communicated with many authors, alive and dead.

5. Not being allowed to go to university until the year of 1977, I started a habit of visiting university campuses whenever and wherever I could to satisfy my interest in “going to college.”6. One day as I looked at Mao’s wax-like face in the casket at his mausoleum in Tiananmen Square, I said silently with relief, “Thank goodness. You are finally dead!”

7. I’m a good listener, but a poor observer.

8. For years I taught a class of inpatients and outpatients at CAMH and was amazed by the wild imagination of my students.

9. I read Maclean’s. Whenever I open it, I start with the last page entitled “The End,” a full-page obituary.

10. I consider each rejection of my manuscript as a step closer to an acceptance for publication.

11. My most revealing moments are whenever I see a scene appear in front of me about which I’ve read from literary works: such as Jiayu Pass at the west end of the Great Wall, a steamboat on the Yangtze River, boat trackers along the Yellow river, the Green Gables in P.E.I, the sculpture of Evangeline in Grand-Pré at the Bay of Fundy, the Statue of Liberty in New York City, Big Ben in London and Notre Dame de Paris, gondolas in Venice and so on.

12. Folk songs and country music always get my creative juices flowing. So do my favourite poems from the Tang and Song Dynasties. 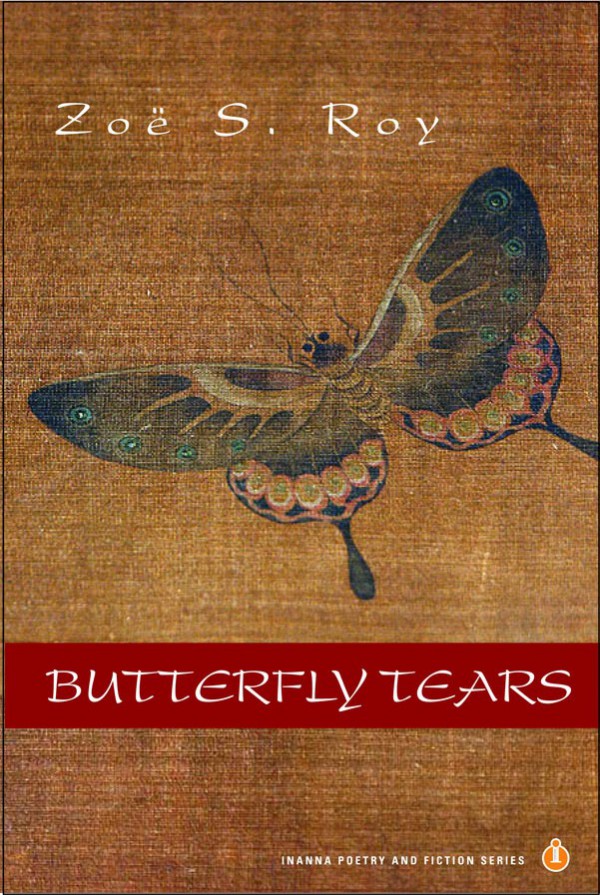 Butterfly Tears is a collection of fifteen pieces of short fiction that depict the experiences of Chinese immigrant women facing the challenges of life in a new country. The stories are set in different parts of China, Canada, and to a lesser extent in the United States and examine Chinese women's cross-cultural experiences in North America as well as women's issues and political discrimination in China. The stories set in China give the reader interesting glimpses into events such as the Cultural Revolution and Mao's death. The immigrant experience, the predominant theme, encompasses a number of aspects ranging from issues such as language and food to education. Feminism and changing male/female relationships form another important theme that also runs through many of the stories.

Calls Across the Pacific, a novel 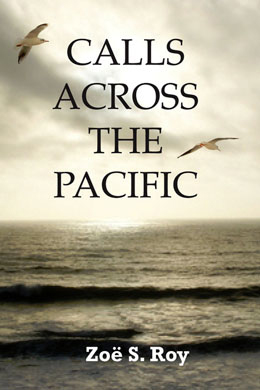 Amid the Cultural Revolution, Nina Huang, one of the sent-down youths, says goodbye to her boyfriend and sneaks across the bay by boat to Hong Kong, where she is granted political asylum. After her subsequent immigration to the U.S. and later to Canada, Nina's employment and education, and her experiences with romantic/sexual relationships, are a radical departure from the moral code she knew in China. Twice during the time she is living in North America, she travels back to China to reunite with her mother as well as friends, and to see how Chinese society and politics are evolving, and she finally decides, as a journalist, to interview and record her contemporaries' experiences of life in China for a Western audience. In doing so, however, as an escaped citizen who has returned with an American passport, Nina puts herself in dangerous situations and finds herself needing to flee from the red terror once again.